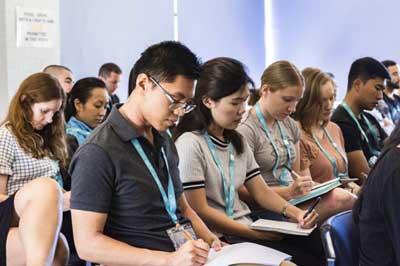 Spending 7 hours a day online for 6 days with 300 other participants can be exhausting and overwhelming, but Fr Paul Cahill says that the first Assembly of the Plenary Council was, ‘a prayerful, humbling, respectful and inspiring experience in which I was keenly aware of my own inadequacies but graced to be able to participate.’

These are some personal reflections by Fr Paul at the end of the 1st Assembly of the Plenary Council.

‘This Plenary Council involves a long process. It is at least three years since wide consultation began among the people of Australia about the question of What is the Spirit saying to us in Australia today. The reflection and dialogue occasioned by the feedback to that consultation led to the formation of the Agenda for and celebration of this First Assembly. A large number of proposals were gathered together from all the discernment and discussion that occurred at the Assembly. These will now be collated and formed into proposals by the Plenary Council Steering Committee. As I understand it, these proposals will be the subject of further wide consultation among the people of God before they come before the Second Assembly (in July next year, hopefully in person, in Sydney) for voting.

‘The amount of thought, preparation, hard work and technical expertise that went into the Assembly was outstanding. The organizers had to cater for over 300 people, including members, guests, observers and facilitators accessing the meeting at the same time across four different time zones, spaced up to 3 hours apart. 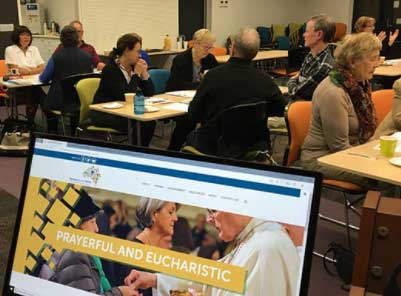 ‘The level of commitment that went into the planning and organizing of the Assembly was impressively matched by that of the members’ involvement in the Assembly. This was reflected by the number of members who made individual written submissions (“interventions”) to the whole Assembly as it unfolded, even though only a limited number of people were able to speak to them in the latter part of the first session each day.

‘I felt, though, that the members’ commitment to the work of the Assembly was most reflected in the afternoon sessions in which, in the context of “Spiritual Conversations”, we discerned and discussed responses to the particular Agenda questions assigned to each of the ten ‘sub groups’ of the whole Assembly. Great attention was paid throughout the whole Assembly process to giving time to reflection, prayer and listening to each other in the process of trying to listen to what the Spirit was saying to us regarding the Mission of the Church in Australia today.

‘I am aware of, and shared some empathy with, a healthy degree of scepticism about the value of the whole Plenary Council project. There was a feeling among some, both within and beyond the Assembly membership, that the Agenda topics, grouped under the headings of Conversion, Prayer, Formation, Structures, Governance and Institutions were “whitewashing” the “hot” issues that many people felt should be dealt with; issues like women in the Church, the place of LGBTQI+ people, First Nations peoples, transparency, accountability, the environment, migrants and refugees, other marginalized groups in society, involvement of laity in governance and ministry, including ordained, etc.  What I experienced was a freedom among people, especially lay people, to speak passionately and boldly to the issues that were important to them – and that their voices were heard without judgment. In spite of the divergence of interests, passions and ideas, people seemed to be very respectful of each other and were trying their best to listen to each other. The other thing that struck me was that the Bishops certainly didn’t try to dominate – and were more obvious for their listening than their speaking.

Exile - a moment of grace 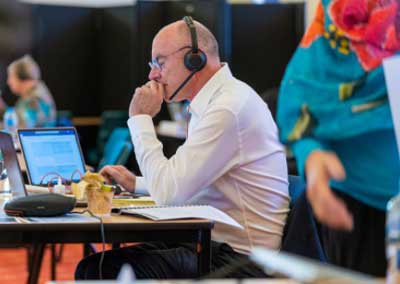 'In the interventions, the idea of “exile” was raised a couple of times to describe where we've come to as a Church in this country. Referencing the Jewish people’s exile in Babylon in the 6th century B.C., a reflection which I found particularly helpful stated:  The Exile was a catastrophe in which the whole show seemed to collapse as God and God's promise seemed to come to nothing. By the rivers of Babylon, however, they didn't just hang up their harps and weep. They rummaged through their sacred texts asking three questions: 1) Why did the catastrophe happen? 2) Where is God is the midst of all this? and 3) Is there hope for the future? They came to see that the catastrophe happened because of sin (which the prophets had long said), that God had come with them into exile and was closer now than ever, and that there was therefore a real hope for the future as long as they listened to God and acted on what they heard.  The Exile became a time of amazing creativity which gave us the Hebrew Scriptures as we know them. The creativity was theological, institutional and cultural. Now is the time for us to show the same kind of creativity in order to lay the foundations for the future God is preparing for us. That's why we don't just hang up our harps and weep but rummage through the sacred texts and listen with new ears. We don't stay in the world of "what seems to be" but journey into the world of "what is".

'In a particularly powerful and moving session of the Assembly, reflecting on the sexual abuse crisis which has beset the Church, we certainly did “hang up our harps and weep” in lament over our sins. However, there was also a resolve to do more to support survivors, if we can; to never forget what has happened and what we have been responsible for; and to continue to work on reforms to safeguard against any future abuse of people, whether sexual or other.

Where to from here?

'Where this whole process leads in the end I don’t know. I feel, though, that we are in the process of a cultural shift in the Catholic Church in Australia … a shift which is necessarily slow given the immensity of the institution that is the Catholic Church. I believe we are already better off for where we are already in this long Plenary Council process and, if we are patient enough, we will slowly emerge as a more collaborative, humble, listening, synodal, open and welcoming community, conscious of being guided by the Spirit.'