Paying taxes and the image of God 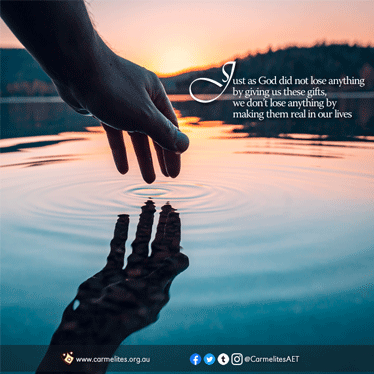 As it was in Jesus' day 2,000 years ago, so it is today. Taxes are an integral part of life in society.  We have a sense that paying taxes is about providing funds for the common good: bridges, roads, health care, education and so on. Paying taxes is the subject of this Sunday's Gospel. The difference, however, is that in Jesus' day taxes were levied by the Romans, a foreign occupying power, not a democratically elected government. People paid taxes on absolutely everything to do with daily life. The Romans certainly did build bridges, roads, baths and aqueducts in Jerusalem. But the vast bulk of the taxes went back to Rome without bringing any benefit to the people.

Not only was there great resentment about paying the Roman taxes, there was a religious issue as well. How could good, God-fearing Jews use Roman coins and pay taxes to Caesar whom the Romans regarded as divine? Wasn't that blasphemy for a group of people who worshipped the One, True God?

Looking for something to use against Jesus, the Pharisees and Herodians put a trick question to him: Is it permissible to pay taxes to Caesar or not? If Jesus says that they should pay the tax, his opponents can condemn him as a blasphemer and a friend of the hated Romans. If he says not to pay they can report him to the Romans as a subversive - a crime punishable by death.

Even knowing the plot of the Pharisees and Herodians, Jesus does not refuse to enter into dialogue with them. He is the Word of God always willing to be in conversation with human beings, even those plotting against him.

Jesus does not directly answer the question. He leaves the response in the hands of those who ask. Jesus does not come with a list of ready-made solutions to every human difficulty. Deep attention to the word and discernment (the gift of the Spirit) help us to respond, in the tradition of Jesus, when we are trying to figure out what the right thing to do is.

God is not about taking power from us, but about empowering us to live in God’s own image and likeness.

Perhaps Jesus’ answer that the coin which bears Caesar’s image belongs to Caesar means also that those things which bear the image of God belong to God – including human beings and creation. Maybe that is why Jesus didn’t walk away from his questioners. He recognises them for what they are – the image and likeness of God. Perhaps that's also the meaning of 'and give back to God what belongs to God'.

Thinking about the three parables we have heard over recent weeks we can say that the idea of giving back to God what belongs to God can be understood as giving back the love, generosity, justice and goodness we have received from God.